I honestly do not know where the BLEEP the last five months have gone. As best as I can forensically deduce, here’s what I think what happened; on March 13th, seconds after we all got the word that our previous carefree lives of slovenly hand-hygiene and the dangerously reckless habit of hugging literally everyone (Uber drivers not excluded) had irrevocably changed, I sat my backside down on the sofa, strapped a 20 pound feedbag filled with Olympic Mix (the one with the Smarties) on my head, and have not stirred from that position until just a few minutes ago. In the very early days of iSOFAlation, during the nanoseconds when I was partially conscious, I made many plans. I thought, like thousands of others, I would become a creative Covid entertainment factory, pumping out hilarious sketches from my kitchen. Like how to make delicious recipes out of the only items that hadn’t been wiped out at the grocery store; Mmmmm, try my yummy baking soda, smoked oysters, paper clips cookies!…or how to weave your own toilet paper using carrot peelings and the dust bunnies under the couch… or how to cut your own hair using a 3-hole punch and matches! And I was going to blog constantly, incessantly informing the planet about my amazing and totally unique lockdown experience in a kind of non-stop projectile vomiting of laugh-inducing sentences that would bubble up in my gray matter without the tiniest bit of effort from me. I mean what could be better for humourous inspiration than a Once-In-A-Century pandemic? It was going to be AWESOME! And then something crappy happened…I got infected. 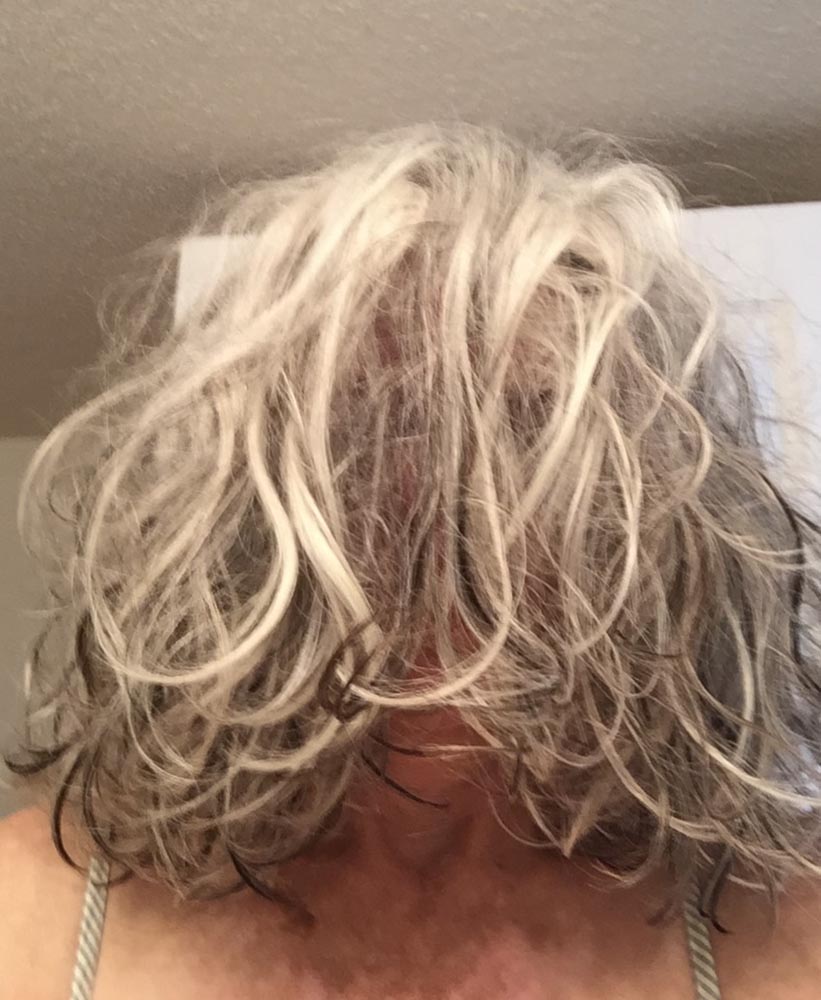 This is pre 3-hole/match styling. Made driving very difficult.

Not with the virus du jour, but with another insidious bug that, like Corona Virus, managed to get into my brain and immediately started chewing away at the only part of my Thinking Thing that’s of any use to me, the area where my sense of humour is generated, known as the Post Frontal Temperamental CereDumDum. The symptoms started to show almost immediately; no motivation, inability to think of anything funny and the somewhat disturbing development of a kind of tic, that manifested in such a way that whenever I was chatting with other humans, digitally or in full flesh, I would start to make these moaning sounds, kind of like a sick elk, and then I’d drone on with “I’m just not sure what the POINT is anymore? Who cares about my nonsense?…Hello? Are you listening? You look like you’ve fallen asleep behind your mask.” And I repeated this so much that when people asked me to socially distance, they would request not two metres, but roughly three provinces. And I understood, because I may not have been a full-on Debbie Downer, but I definitely felt like I was becoming a Linda Loser? Linda Lumpy? Linda Landfill? (sadly there’s no satisfying alliterative alternative that begins with an L)

I wondered how I could possibly have contracted this? Had I finally licked all the books in my neighbourhood Tiny Library one too many times?

I thought maybe I should get myself tested, but who would I go to for this affliction, and what if there’s a line-up? And, most importantly, would there be cookies after? I was also pretty certain that if there was a threateningly long swab involved, with my luck, it wasn’t going to be shoved up my nose. 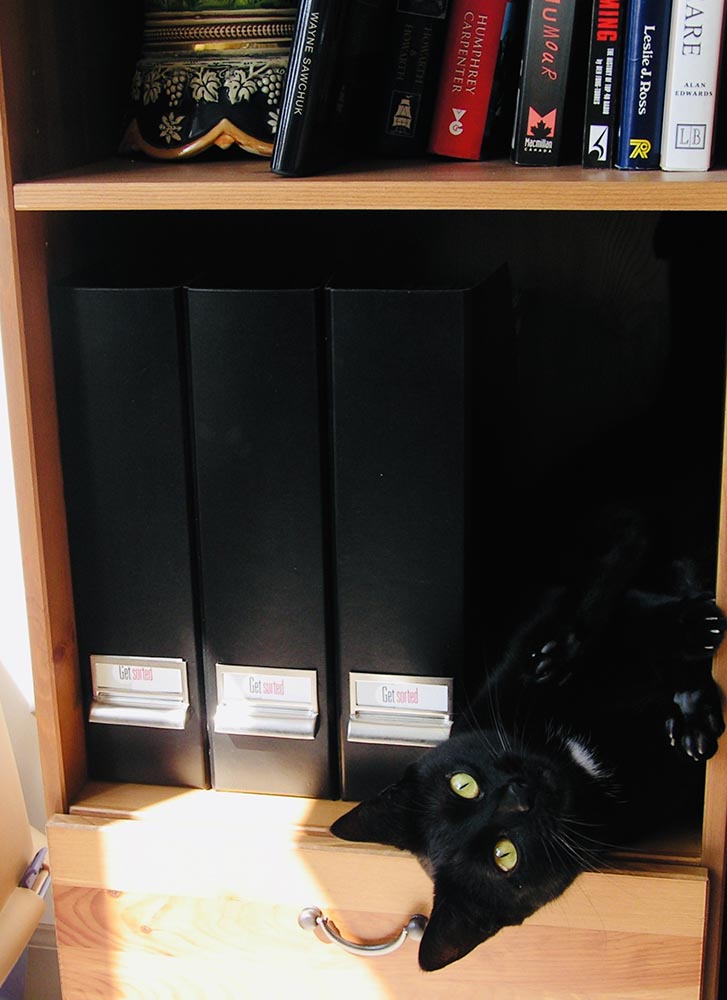 Here’s a shot of a goofy cat, because I don’t think anyone needs to see me with a swab stuck who knows where?

So, I decided to ride it out on the couch. At those moments when I took a brief pause from chowing down on donated Covid Banana Bread, if I had the strength, I’d pick up the phone and scroll through Facebook for what I was sure was just a few minutes, but was actually three hundred HOURS!

And here was one of the sources of my ongoing malady. I would look at the many many MANY things that folks were putting up on social media, a lot of them incredibly inventive, funny creations, some not so much. But I would think “I’m not sure I can compete in this universe anymore.” And yes, I know Oprah would say, “It’s not a competition, just be yourself and do what you love and makes you happy Giiirrrrlll!” Good advice Oprah, and thanks for dropping into my blog free of charge. But I’m not gonna lie, I still felt a bit competitive.

And it got to the point where I started to consider packing it in for good. If this nasty little bug had wiped out all of my ability to be funny, or at the very least for ME to think I’m funny, even if nobody else did, then maybe it was time to hang up my rubber chicken. Maybe I was too old, and my humour genes were shriveled up.

Maybe this bug I’d picked up was permanent and it really was time to start looking at the days of entertaining as being well and truly over. My partner in life and comedy was gone, perhaps it was time for me to let go of who I thought I was, call it a career and start knitting dishcloths. I would say this was the nastiest part of this infection, the fevered thoughts in my head, spinning around constantly, even though I was otherwise motionless. I was starting to get a little desperate to find some way out of this, and even though I know Donald Trump is a 4-Star Michelin Moron, I thought OK, perhaps I should be more open minded. I feel almost certain a bleach colonic is probably not a great idea, but maybe if I tried swallowing a night-light or one of those Bell & Howell Bionic Spotlights, maybe that’ll kill this fun-devouring mind-numbing microbe. Things were getting pretty dark.

And then something strange happened. Right out of the blue I started getting up early. Now let me just tell you, I have been a challenged sleeper for probably 25 years or more, therefore I am not a morning person. I usually drag myself out of bed around 8:30, groggy and angry, because I was awake at least twice through the night. But about a month ago, I started getting up on average between 6:30 and 7:30 every morning. One morning I got up at 6:10!! Voluntarily!!! I think the last time I did that was probably December 25, 1963 because, thanks to my expert sleuthing, I knew I was getting a Tressy Doll that year. I did not know who I WAS anymore. I felt like I’d been possessed by the ghost of a farmer. I’d be up at 6:30 and then wander through my building looking for cows to milk. I was making quite a few dog walkers very nervous. Was this caused by my strange condition? Or had I crossed over into that senior phase of life where it’s impossible to sleep past that first sparrow toot, so you get up and go sit on the front stoop and yell at kids all day long.

But after a few weeks of this, I could feel my strange sickness starting to ebb. Something began to percolate in my brain again. Words were floating around, bumping into each other until they would stick together, like microbes do, forming sentences. Sentences I found somewhat amusing. And my motivation to plant myself in front of a computer returned, even though that motivation always comes slathered in heavy dollops of fear and self-doubt. But I started to feel the What’s the Point-ness fading. I can’t tell you what the magic therapy was. Perhaps there’s something to be said for sitting on your butt on the couch for months on end. Or maybe it was binging on Justified, my all-time favourite series…until The Great came along. Who knows?

I’m crossing my fingers that I’ve gained some immunity to prevent a relapse, because as I’m sure everyone now understands, Corona Virus is like your third cousin five times removed who’s been staying in your basement for eight months; uninvited and really hard to get rid of.

The good news for me is I’m going to get these blogs done for my own enjoyment and stop worrying about whether there’s any point because who am I kidding, there’s rarely a point to what I write anyway. If I’m lucky my blathering is good news for you too. But it’s OK if it’s not. There are millions and millions out there in the ether to choose from.

So, I hope you’ve managed to dodge this nastiness and also that you remain healthy. Definitely take my advice and don’t lick the libraries. And if you’re in desperate need of some coiffure correction, I’ve got a box of matches and that 3-hole punch ready to go…I’ll bring a fire extinguisher too. 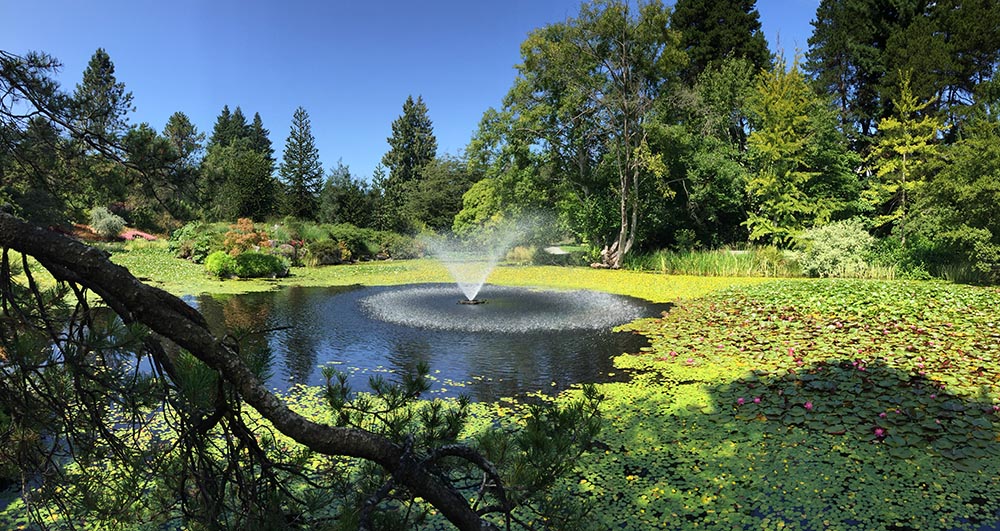 And here’s a beautiful garden, which is pretty much the only place we’re allowed to go these days.