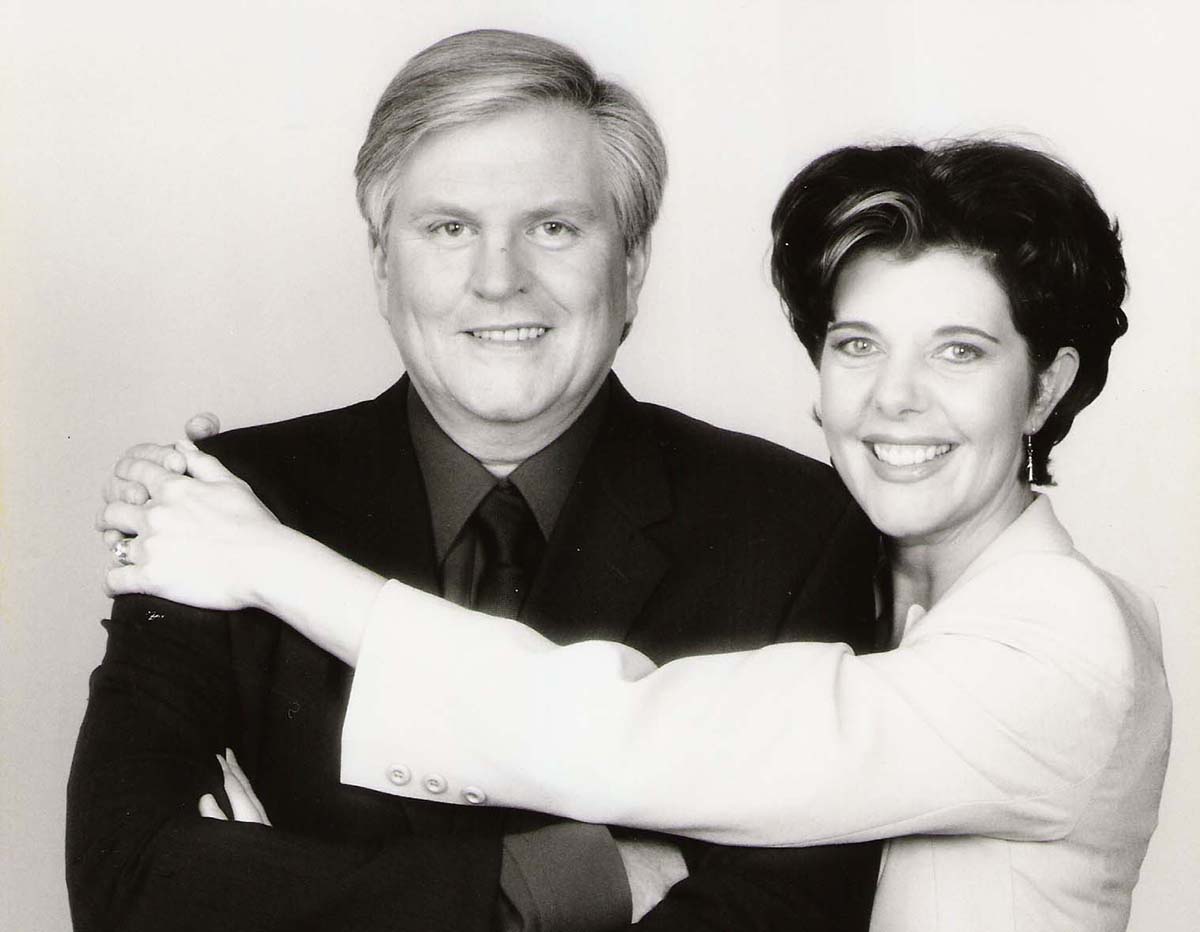 One of my favourite shots of us, a publicity photo many years ago for our TV show.

There’s nothing like a good old-fashioned pandemic for drawing one’s attention to the vast deep hole created by a departed loved one. My husband has been gone now for just a smidge over three and a half years and if I thought I was making progress and learning to live without him in at least an accepting and contented way pre-lockdown, the arrival of our Viral invader was like the punchline to that old joke; ‘Not so fast Ferguson!’

Almost immediately after Bob died, I became intensely aware of just how much I relied on him for what feels like everything! And not the least of which, anything technological, which means I now have computers with problems that I really can’t even begin to fathom what to do with, that I’m essentially just piling up so when they reach the perfect height, will become an art installation that I’ll call What Killed Linda. Yes yes, I know there are places to take them but I’m always nervous about explaining the issues. I’m usually terrified of having to call the cable provider about trouble because the only question I can confidently answer is What is your name?… and on some days I’m a bit hazy on that too.

I think when he was alive, I didn’t want to admit just how much I looked to him for guidance, answers, thoughts. But when the lockdown hit, it all became crystal clear. Bob had a lot of thoughts about a lot of things, and if you knew him, you probably heard most of them. He was a good human who had spent many many hours thinking about the bigger questions of life and when I met him, for the most part I loved the way he viewed the world. He reassured me so much and crucially, made me feel safe.

Therefore, at this strange moment on the planet, I would have relied on him to make some kind of sense of it all, which I think he would have been able to do, at least a little bit, I mean, really, who can make full sense of this. It’s a bit like watching a Charlie Kaufman movie; What the hell is happening and when will this end??? But he was a Big Picture guy, and I believe that helped him to avoid getting tangled up in unimportant details. A phrase he liked, I can’t remember where he got it from, was Expect the Unexpected, and I know that would have been the basis of most of his thought right now. He was also fond of Everything’s gonna be OK. I liked that one too.

That’s what I miss in this moment; his steady hand on the tiller, his amazing company, and of course his humour. I can’t begin to imagine the jokes he probably would have written during this time. Or he might’ve started writing another book, he didn’t like to be idle, until it got to 4 o’clock cocktail hour, and then he was perfectly happy to down tools.

So, in this time of plague, I have thought about him so much, and missed him, every day. And especially today, his birthday. He would have been 75. I promised him at the beginning of 2017 that when he was through his health crisis, we would go to Hawaii, which we both loved. And so that’s where I like to think he is, on this day. He wasn’t an organized religion kind of guy, but he believed in the Mystery, so I hope that sometime soon he’ll find a way to communicate with me, and fill me in on the Big Picture…and also what to do with the computers. 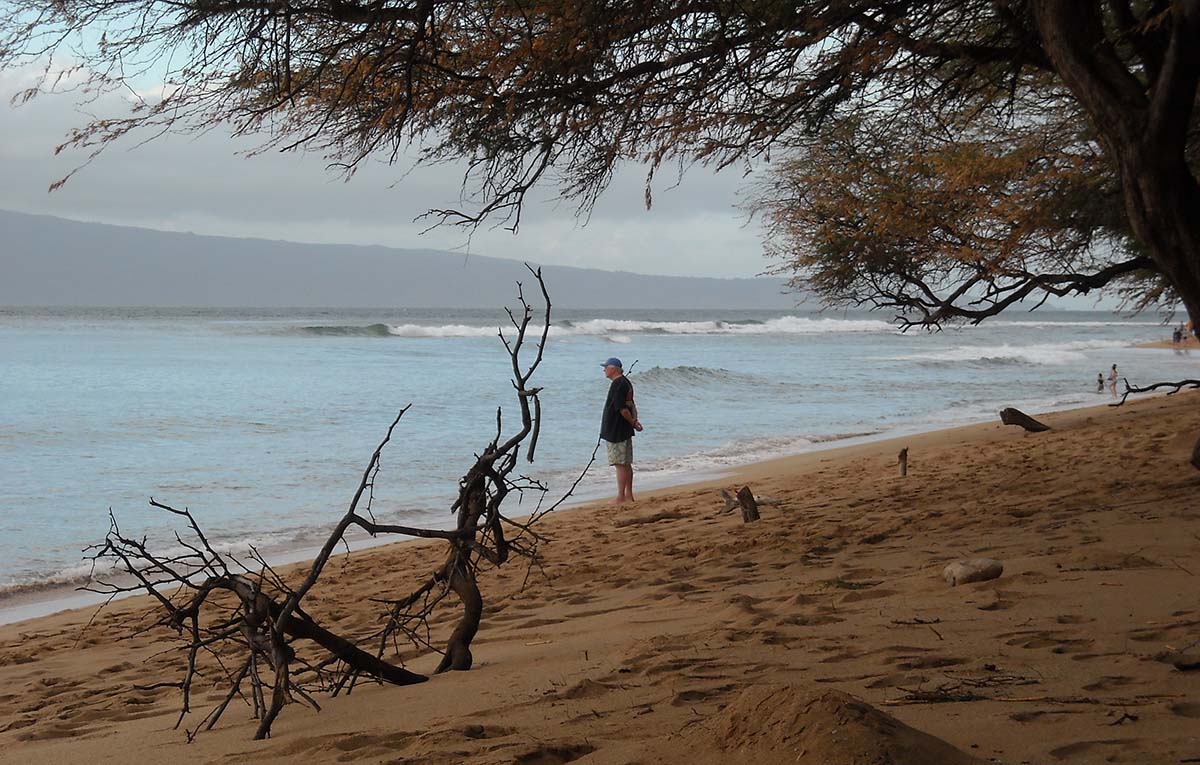 Hawaii, his most favourite place, where I think he is now

To all those who feel a similar absence, may I offer a well sanitized, virtual hug. Everything’s gonna be OK.